Two battery banks at 537 V / 123 KWh were delivered for diesel-electric propulsion. The hybrid propulsion system, including two main engines, one generator set and the two lithium-ion battery banks facilitates a fuel savings of up to 30% and cuts local emissions by between 20% and 60%.In selecting Lithium Werks’ proprietary lithium iron phosphate chemistry, it provided a foundation that provides the highest level of safety for such large systems.

“International shipyard group Damen recently delivered the first of a series of three hybrid tugboats (ASD TUGs 2810 Hybrid) to the Royal Netherlands Navy (RNLN). This 28.67-meter hybrid tug is named Noordzee and is the first standard hybrid tug supplied by Damen that the RNLN will employ. Compared with other tugs, hybrid versions use up to 30% less fuel and produce 40% fewer exhaust emissions.

The new hybrid tug uses two rudder propeller units for optimum manoeuvrability and is able to sail on full electric power by means of a set of batteries and also diesel-electric on the generator set. Total power on tap is 3,680 brake kW, with a maximum speed of 13.4 knots. 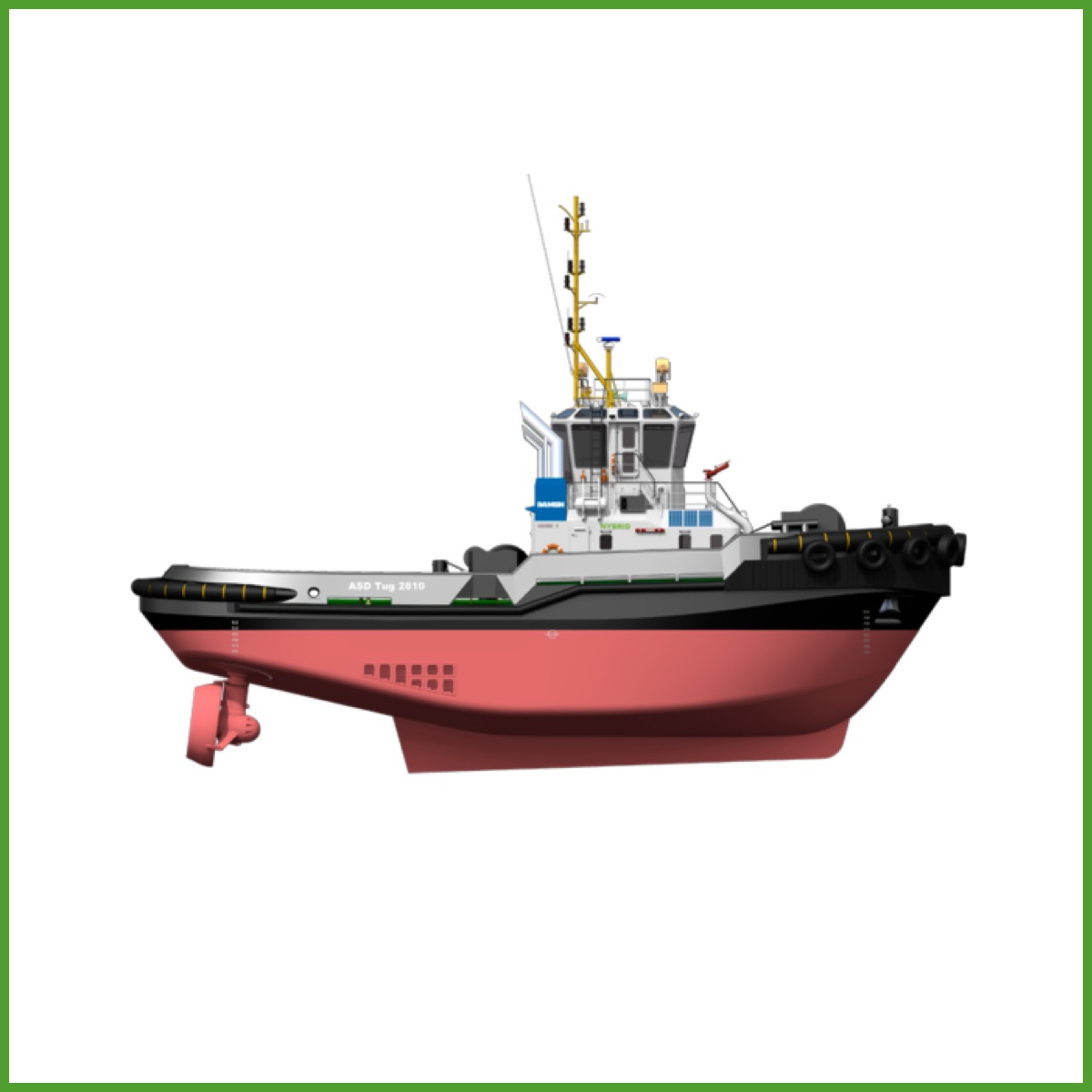